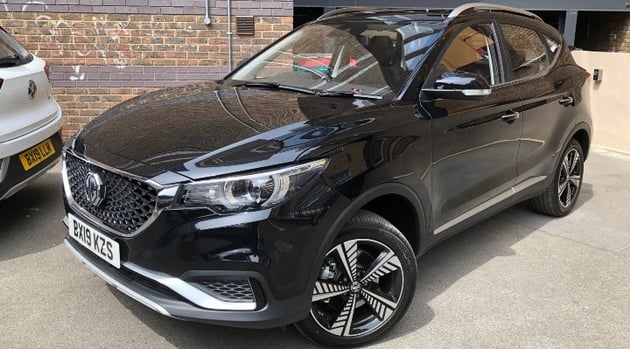 It was the train down to London, then a 30 minute walk from Kings Cross to MG’s UK HQ in Marlybone. There is a showroom on the ground floor and offices upstairs.

We have done a couple of press launches before in London, and these turned out to be a bit of a disaster, as traffic scuppered the driving… would this be any better ? 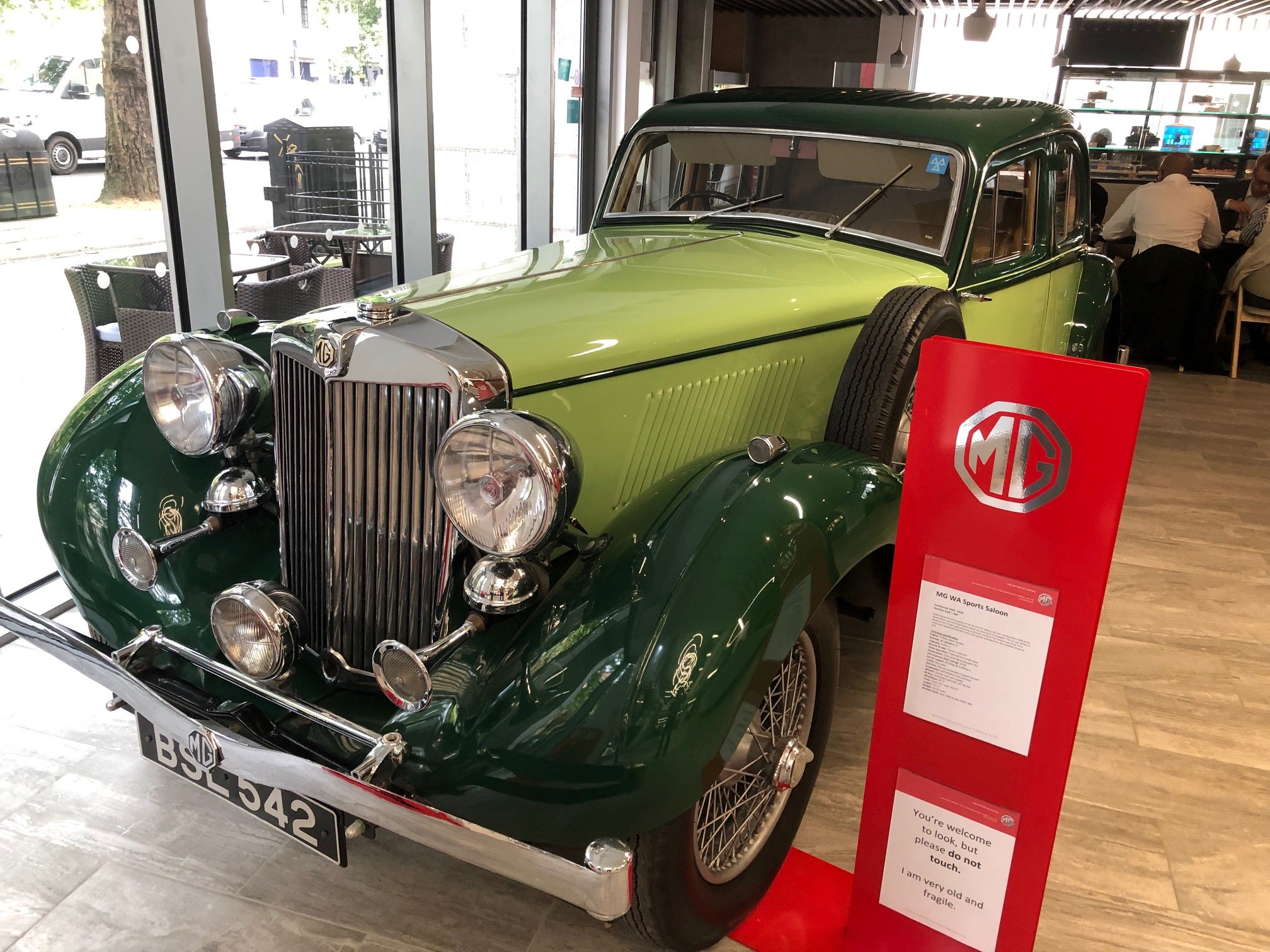 A MG conjures up memories of ‘the good old days’ of a man driving an open top two seater out in the country side wearing a tweed cap, a large moustache, and a lady in the passenger seat with a scarf blowing in the wind, bright red lipstick and large sunglasses, but you have to have a long memory to remember these clichés.

This latest MG is produced in China by SAIC Motor Corporation, one of the world’s biggest automotive companies, and one that most people have never heard of.

The ZS EV is a full electric hatch, and has a range of around 160-plus miles on a full charge, and has water-cooled batteries to help with increasing range. The battery powers a single electric motor producing 141bhp and goes from 0-62 mph in in a sprightly 8.5 seconds, and has a top speed of just 87 mph, but that’s enough to keep up with motorway traffic.

SAIC recently opened a new battery factory that can supply up to  300,000 vehicles per year, so no shortage of batteries…

The ZS is a practical SUV and sits in size between the popular Nissan Juke and Qashqai, it has adequate room for five adults, and a good sized boot that has a good shape, as the batteries are stored under the seats, and well out of the way.

Two models will be available - the Excite and Exclusive, with prices starting from £24,995 after taking off the Government Grant, so is cheaper than some other manufacturers, but it does not have the same range as the Korean cars that are similar in size.

The cabin is at the budget end of the market, and this is reflected in the price, but it is very acceptable and no real criticism, it all works and that is all that matters, it is the technology you want in this type of car, and not a luxurious interior. 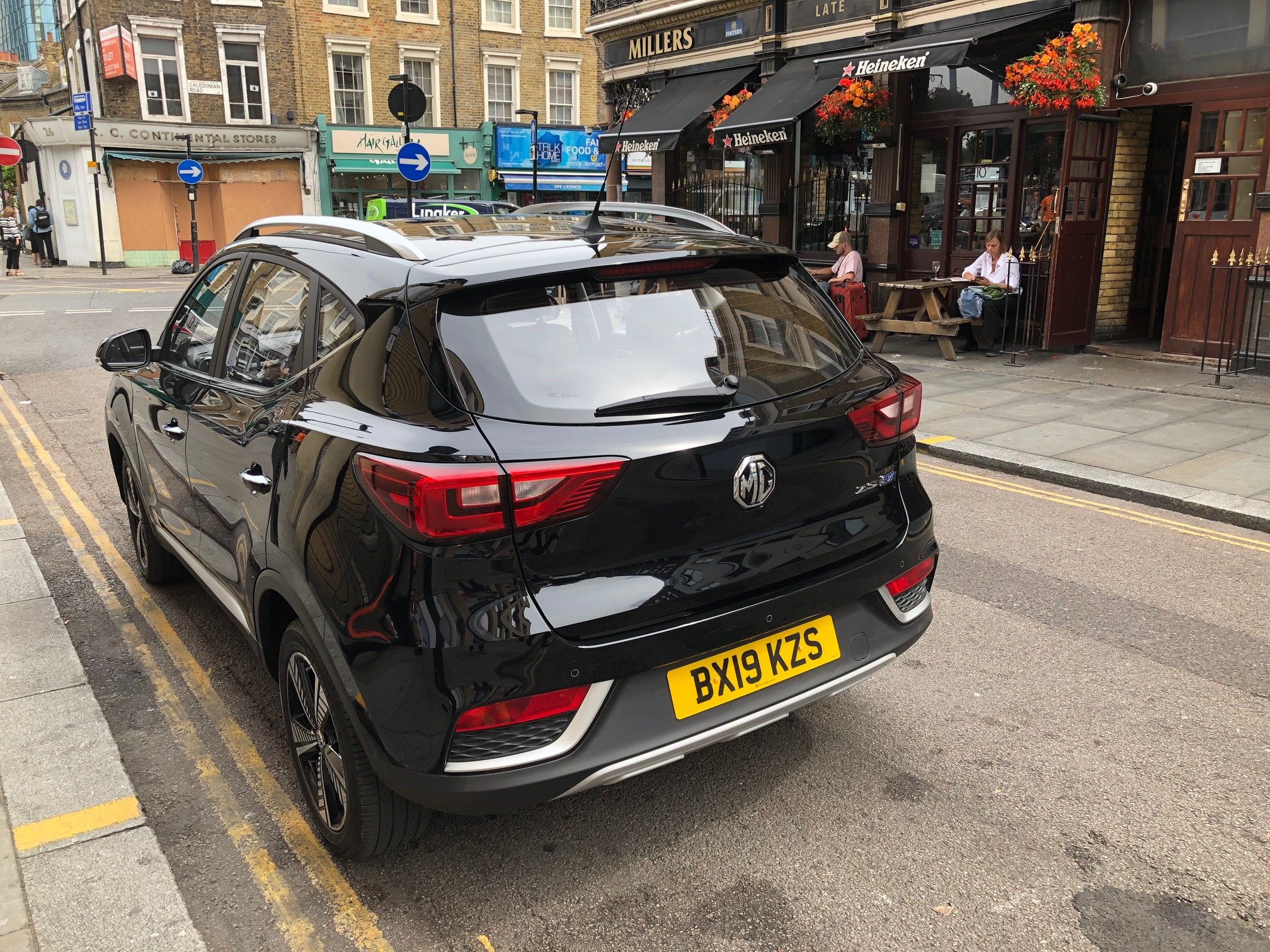 Out on the road in London, is was, as we expected, crowded, and didn’t really get chance to get any speed up. But on the couple of occasions where there was a gap between us, and the car in front, put you foot down, and its off, soon up to the 30 mph limit on Marylebone Road, 3.2 seconds in fact 0-30 mph. But maybe MG were being clever having the launch in a busy City, as maybe this is the sort of environment where most of an EV driving is done. Or maybe they just wanted it near their upmarket HQ, with some lovely examples of some old and classic MG’s -  we might never know.

MG certainly see Electric Vehicles as their future and the ZS EV is not where they are stopping, but more where they are starting, as they will be introducing a 4x4 Sports car in 2021, though I doubt any tweed caps will be seen anywhere near this very pretty Coupe. They will also bring another two EV’s to the market in the coming years.

MG was founded in 1924 and was then owned by Morris Garages Ltd, a garage in Oxford where MG production started, but got its name shortened to MG. Since then it has had many owners: British Motor Corporation (BMC), British Motor Holdings, British Leyland, Austin Rover, Rover Group, MG Rover Group and Nanjing Automotive Group, quite a list of former owners.

This new MG EV like all MG’s will have a 7-year 80,000 fully transferable warranty, which will give much peace of mind to customers. There are currently 90 dealers in the UK, but MG are aiming for 120.

There are plenty of nice features on the ZS EV, even the base car, and it’s not a base car, it gets: 17-inch diamond cut alloy wheels, keyless entry, air-con, cruise control, LED running lights, rear parking sensors and 8-inch infotainment system with navigation. The ZS Exclusive adds: roof rails, panoramic roof, electrically operated and heated door mirrors, leather effect seats, heated front seats, rain sensor wipers and a rear parking camera. So, for an extra £2,000 looks like the one to have.

This new Electric SUV from MG should change the perception of many people, and company car drivers who want to pay the minimum BIK Tax, then it could be a good choice for them, despite the range not being the best. It looks good value drives well (in traffic) looks good, has plenty of room and looked to be well built. The interior lets it down a bit, but for the money is good value.

Maybe the lesson for us all to learn is: does having a car launch in a big city make sense, but that depends on the city, London I guess is not one of those cities that is harmonious for car testing.