The two words Land and Rover when put together are synonymous with a go-anywhere, robust and sturdy vehicle.

But now a Land Rover is more than a capable off-roader, used by farmers and construction workers. For many years now, Land Rover has transformed itself from the basic vehicle to a very prestigious and quality car. 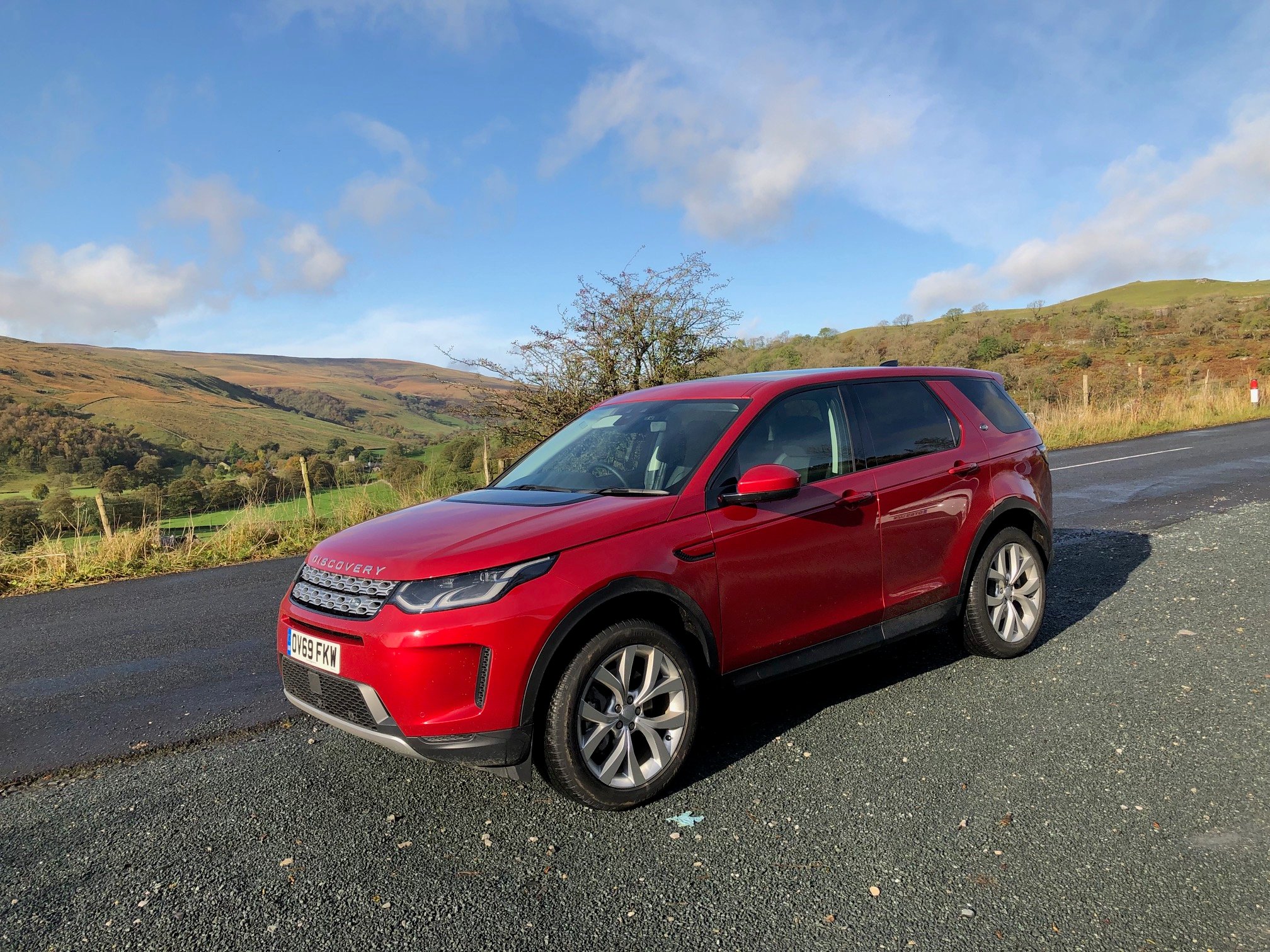 The new Discovery Sport is built on a new stronger, stiffer and safer platform called ‘Premium Transverse Architecture’ quite a mouthful, but this mouthful does offer excellent on-road refinement combined with all-terrain capability, as we would find out during the test drive day.

We set off from Ullswater in the Lakes and drove on a spectacular route from the M6 motorway and taking in the Yorkshire Dales, we literally went uphill, and down dale, through some very pretty little villages, the route offered just about every kind of road imaginable, clever planning by Land Rover.

We drove the top-of-the-range HSE 9-speed Auto costing £46,025, but prices do start from £31,575. The HSE was fitted with a 2.0-litre 4-cylinder 180HP Turbocharged Diesel. It goes from 0-60mph in 9.4 seconds which is more than adequate. All automatics have a Mild Hybrid Electric system which saves fuel and help reduce emissions as it saves and stores any wasted energy, such as deceleration and braking. This energy is stored in batteries and used to help when accelerating, hence helping with fuel consumption.

On the launch, there were very few petrol engine versions to drive, and plenty of demand to drive a petrol, so during the day we were not quite quick enough to drive what will inevitably be a very popular powertrain. Land Rover told us that a Plug-In electric will be joining the line-up later.

But despite not getting our hands on a Petrol , we were perfectly happy in our diesel powered Sport, it was quick enough, quiet and very refined, but I can understand why others were keen to try the petrol. 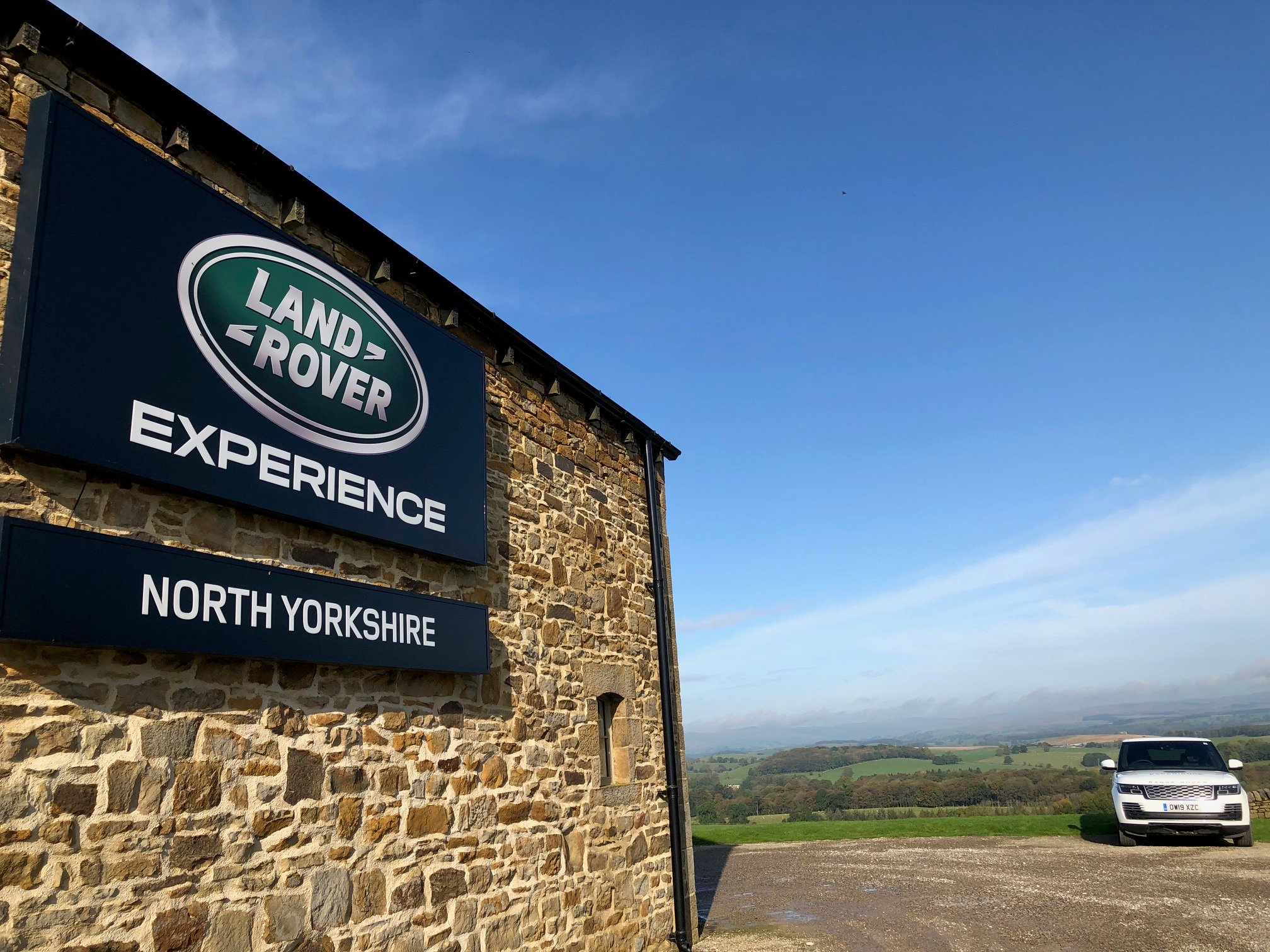 After a couple of hours behind the wheel, and in the passenger seat, looking at some spectacular scenery we arrived at the Land Rover Experience Centre in Skipton. This is where all customers who buy a new Land Rover, or an approved used Land Rover have the opportunity to see exactly how and what their vehicle will do, and see it is not just for the school run. Land Rover have a fleet of vehicles at the centre, as customers are not expected to use their own pride and joys and get them dirty.

After a bit of lunch we set off in the car we had driven from Ullswater, not in a specially adapted one with off-road tyres or been given special treatment, no, just a standard road vehicle.

The new Discovery Sport is fitted with Terrain Response 2 technology with new Auto Mode. First to do on the course was over a muddy, and very slippery field, and this was just to get to the off-road course. The car automatically choses which mode to use, and the driver doesn’t really have to do anything, it’s all done for you. Over the grass and mud the Sport didn’t move an inch out of line.

Then, once at the Course we went over large boulders, and at one stage the car only had three wheels on the ground, the fourth up in the air. We tried opening and closing the doors while on three wheels and they opened and closed with no problems, proving the chassis and body are so stiff, and no movement or twisting  whatsoever, a very solid car.

After a bit of mountain climbing in the car, we went down to a river, and went into it, a bit worrying to begin with, as I had got my best shoes on, and didn’t really want to spoil them. The new Sport is capable of wading up to 600mm, or two-feet as it used to be known. Whilst in the water, and driving down the river, there was a beeping, that the instructor told us was a type of sonar that measures the depth of water, so you literally do not get out of your depth. I’m still not sure how it manages to all work under water, how the complex electrics keep working, and the exhaust manages to keep water out of it, and it must have perfect door seals, all a bit of a mystery to me, but it obviously does all work perfectly, if it didn’t, we would still be in the river, and I would be needing some new shoes.

Most models are available with either five seats, or 5+2, the rear seats are fine for children, but two adults in the third row might be a bit tight, but ok for short journeys.

Significant changes have been made to technology, the chassis, systems and new engines and the addition of Mild Hybrid. But the body has only received mild changes, it gets a new front and rear end, new lights, but enough to be able to spot old from new. The money by the factory has been spent on making the Discovery Sport better on-road and in all-terrains, and improved quality throughout the car.

After the off-road adventure it was back on the road, said goodbye to Skipton, and headed off back to Ullswater. A good day out, in a very capable vehicle, that is very comfortable.