Over 4.7 million Mitsubishi Pick-Ups have been sold globally since its debut in 1978, and has become a legendary truck.

The all-new L200 Series 6 builds on 40 years of heritage and this new version adds so much more, in all departments.

Scotland was the place Mitsubishi chose for the press and dealer event, where it was given plenty of opportunities to test it.

The L200 is basically a truck, a workhorse, a go-anywhere vehicle, and that is how most people see it, it’s a truck.

But Mitsubishi have now got a truck, that is very car like. It is car-like in the way it drives, it is comfortable, and the engine is extremely quiet, it is the transition between car and truck. 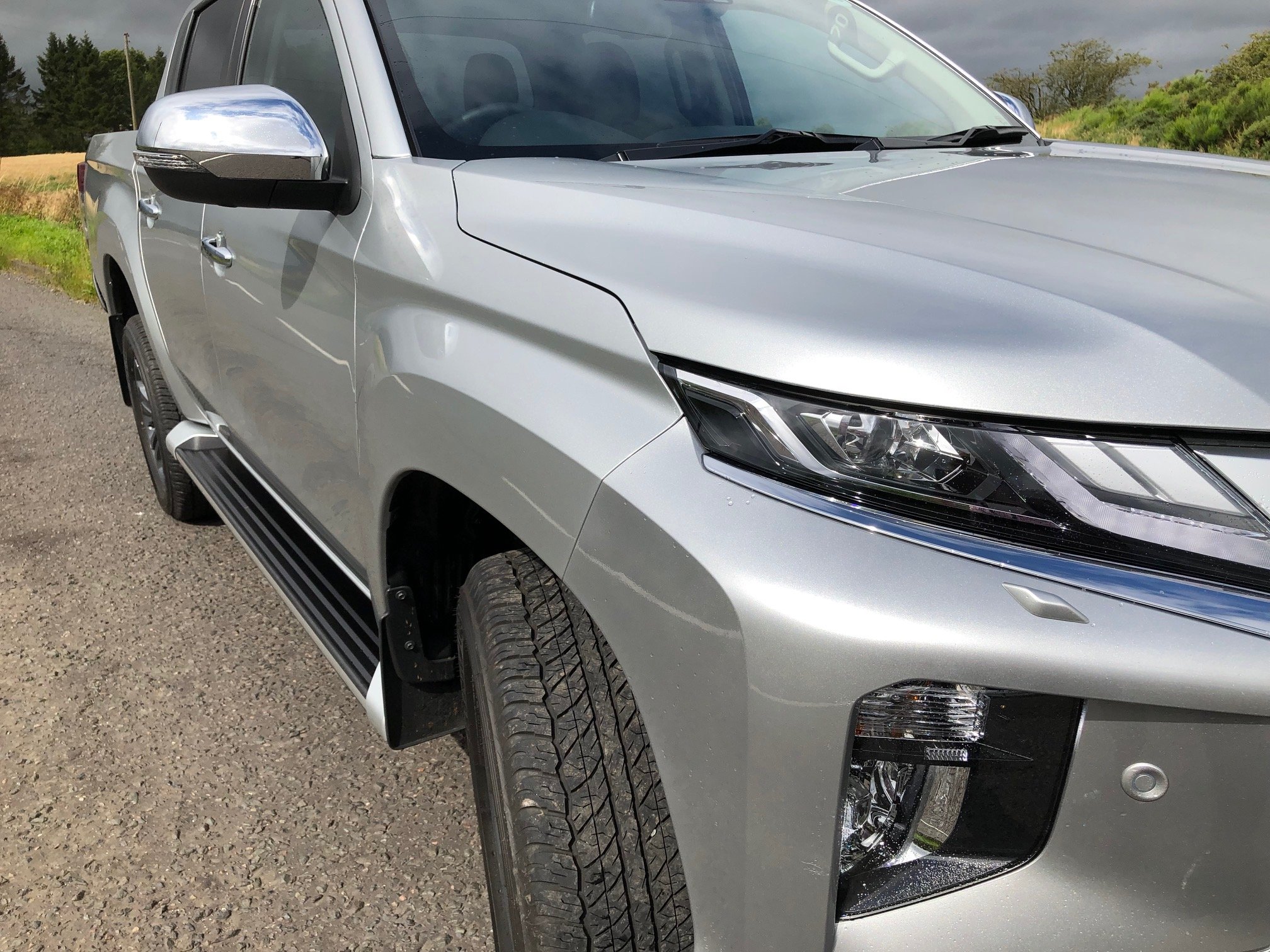 The new L200 has had a major make-over with the exterior design, it has some crisp, clean and bold lines that run down the side. Gone is the ‘slab’ sided truck, it now actually has some nice swathe lines, very car-like. It gets a new ‘Clam-Style’ bonnet, new light, grille, in fact from the windscreen forward, is brand new. The wheel-arches are now ‘squared-off’ and now house new 18-inch wheels, which are now standard on some models.

The interior is also new, and again it is car-like, the quality, fit and finish is certainly as good as an up-market saloon, or SUV.

We had a few driving activities during the day at Knockhill Circuit, everyone had a colour-coded lanyard and we were guided from one experience to the next. First off was the Rally-Cross course, something normally reserved for high performance off-roaders. So a little strange for a Pick-up to take on the challenge. But it went round it, like it was on rails. It handled perfectly and kept well and truly stuck to the surface, be it tarmac, gravel, grass or mud, it just didn’t flinch.

Next activity was towing, not my favourite pastime. We had to pull a tri-axle (6-wheel) trailer, with another L200 on it. Round cones, round a roundabout, then the bit I was dreading, reversing into a space, admittedly my first attempt wasn’t the finest, but a bit of forwards, and backwards, and forwards and backwards I did finally make it in between the cones, and not the ice-cream variety. But towing did prove it had more than enough power. The L200 will tow 3.5 tonnes with a tri-axle and 3.1 tonnes with single or double axles, I have no idea why the difference. One thing I did learn though was the L200 has a Gross Vehicle Weight of 2035kg, so treated like a car for speed limits in the UK. If it was to weigh over 2040kg, then it is a commercial vehicle, and different speed limits apply, such as in a 60mph zone, it can only do 50mph. 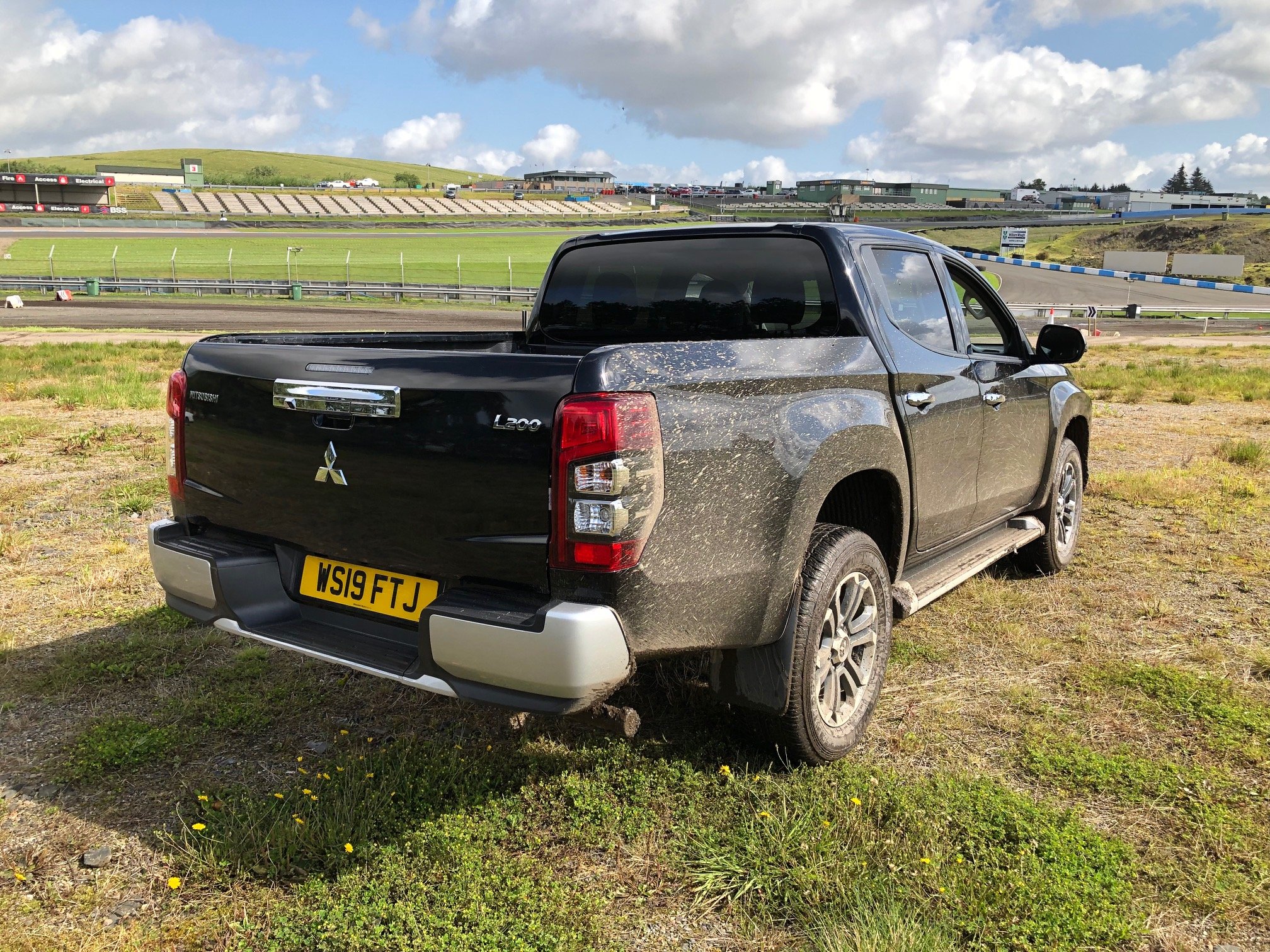 After the towing, it was to the Knockhill off-road course. This pick-up and all the years Mitsubishi have been producing it has given it some of the best systems in the industry. We went up slippery slopes, down slippery slopes, over rocks, boulders, gravel, wet grass, and into a small river, and it just did everything you asked it to do. All you had to do was point it in the right direction, and the car did the rest… sorry the pick-up did the rest. It felt so confident and safe in any situation. I could go on about its 30-degree approach angle, Hill descent control, Super-Select 4WD-2 system, 4LLc low-ratio, locked differential, traction and stability control systems, and so on… but think all you need you know, is… it all works.

After the activities at Knockhill it was out on the open road around Fife, and some glorious scenery, and even better views as you are sat high up. After seeing its off-road capabilities, we were expecting it to be a bit agricultural in its ride, but no, as the good people at Mitsubishi had kept telling us, it was, and here we go again, it was car-like, so comfortable. And don’t tell the good people at Mitsubishi, but we did aim for every pot-hole we could find, to try and catch the L200 out, hoping it would feel like a tractor as it hit the rough surfaces, but it didn’t, just rode over them and you hardly felt anything. Don’t know how the designers and engineers have done it, but they have certainly got it right. 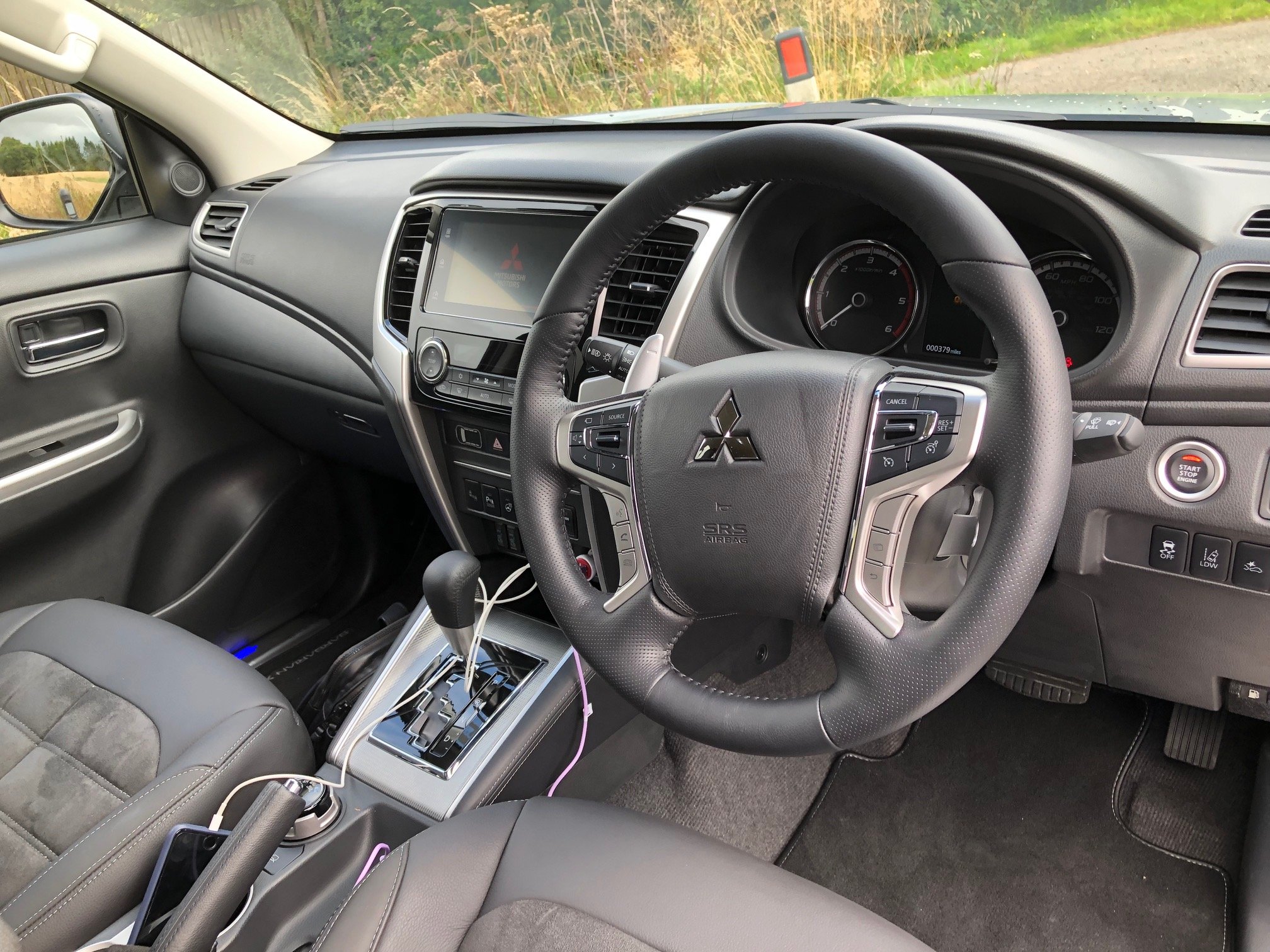 We were following the sat-nav, that was being operated from a mobile phone using Apple Car Play. I’m sure this is a good system, but we did switch off the engine to take photographs, and it did take a bit of messing about to get it going again, and we were not entirely sure what to do. For me I like the good-old fashioned on-board sat-nav, and not one that depends on a map system on your phone.

The new L200 is powered by a 2,268cc 4-cylinder turbo-diesel that produces 150ps, and is available with either a 6-speed manual or 6-speed automatic.

The Mitsubishi L200 has always been good, but the new one brings new levels of comfort, refinement, efficiency and safety.